The Auckland Ratepayers’ Alliance can reveal that Auckland Council spent $6,200 of ratepayers’ money to bring in specialist lift software engineers to enable the elevators in its Albert Street headquarters to announce floor levels in Te Reo Māori, rather than just English. 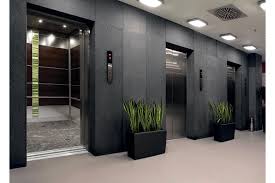 Information released by the Auckland Ratepayers’ Alliance and obtained under the Local Government Official Information and Meetings Act, states that this is a pilot project, which may be extended to other council sites across the city.

While everyone supports more use of Te Reo, is spending more than $6,000 of ratepayers’ money so office staff are treated to Te Reo numeracy really the highest priority?

From our perspective the question is, do ratepayers really get $6,000 of value from changing the language of a lift announcement in an office building? Is it really a priority when new rates are having to be introduced, and our motorways are congested?

Phil Goff was elected to tackle Auckland Council’s wasteful spending. Instead, he’s trying to introduce new rates to whack the tourism sector, while money is being wasted literally, as he takes the lift up his ivory tower.

UPDATE: An Auckland Council official has been quoted in the media today claiming that the 'Reo Uplift Initiative' has only cost ratepayers $700. This is totally inconsistent with our LGOIMA request, as shown below, that made very clear that the whole $6,200 has been spent on the initiative. You can see our media response to the comments below:

Auckland Council’s claims in media that changes to make its Albert Street HQ lifts speak Te Reo cost only $700, are totally inconsistent with earlier correspondence from the Council released under the Local Government Official Information and Meetings Act on the Council’s ‘Reo Uplift Initiative’, made public yesterday by the Auckland Ratepayers’ Alliance.

Ratepayers’ Alliance Spokesperson Jo Holmes says, “It is concerning that officials now appear to be willing to mislead the public in order to try and quell public criticism about the organisation’s spending priorities. The letter from the Council makes very clear that the whole $6,200 spend was part of the ‘Reo Uplift Initiative’. The $700 only relates to paying someone for the voice recording.”

“Either the Council official being quoted in the media does not know how much her own projects cost, or there is an element of spin. Perhaps there is patch protection going on.”

“It is with some irony that the ratepayer-funded spin doctors are calling this an ‘investment’. Oh please, while Aucklanders are parked on motorways their Council is ‘investing’ in the vocabulary of their office tower lifts.”