A rates rise Len Brown would be proud of - 6.2% increase planned 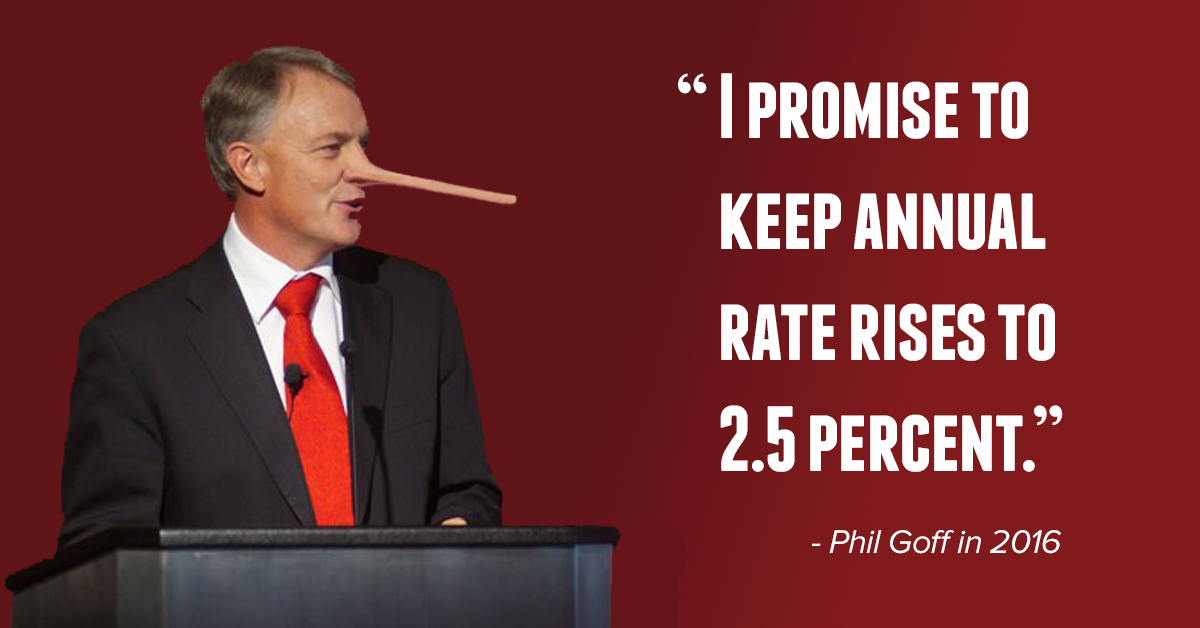 Last month, we asked whether Phil Goff would keep his rates promise.

Phil Goff promised to limit rates hikes to 2.5% and deliver cost savings within the Council. He hasn’t even tried. These new targeted rates, which bring the average rates rise to 6.2% next year, are a sneaky and dishonest attempt to get around what was a cast iron election promise.

"While the Council’s spin doctors are working hard to say it matches Mr Goff’s promise to keep rate hikes at 2.5%, no one will be falling for it when they open next year’s rates bill."

"Despite being a Labour Party Mayor, this budget is extremely regressive. It will hurt those in the outer and poorer suburbs the most."

The AA estimates the new fuel tax will cost the average motorist $135 extra per year. That means blue-collar and shift workers in South Auckland — the very people who can least afford it — will be hit the hardest. So too will those households with more than one vehicle. It’s immoral that the proceeds will be used for water infrastructure which only benefits the affluent inner suburbs. This runs counter to everything the Labour Party is supposed to stand for.

Mr Goff claims that replacing the interim transport levy with the fuel tax is a question of fairness. He’s completely right – it’s unfair.

The fuel tax is estimated to cost the average motorist $135 a year, while the interim transport levy only cost $114 a year per household. A household with two motorists commuting to work and dropping kids off at school will find the amount they pay for transport in Auckland will more than double.