Our electronic billboard opposite the Panuku office on Wyndham Street has been a huge success. Inside word is that the grossly overpaid middle managers are upset. The new Mayor is demanding to know what they do!

Even the hopelessly biased Stuff is reporting on our campaign to Defund Panuku. 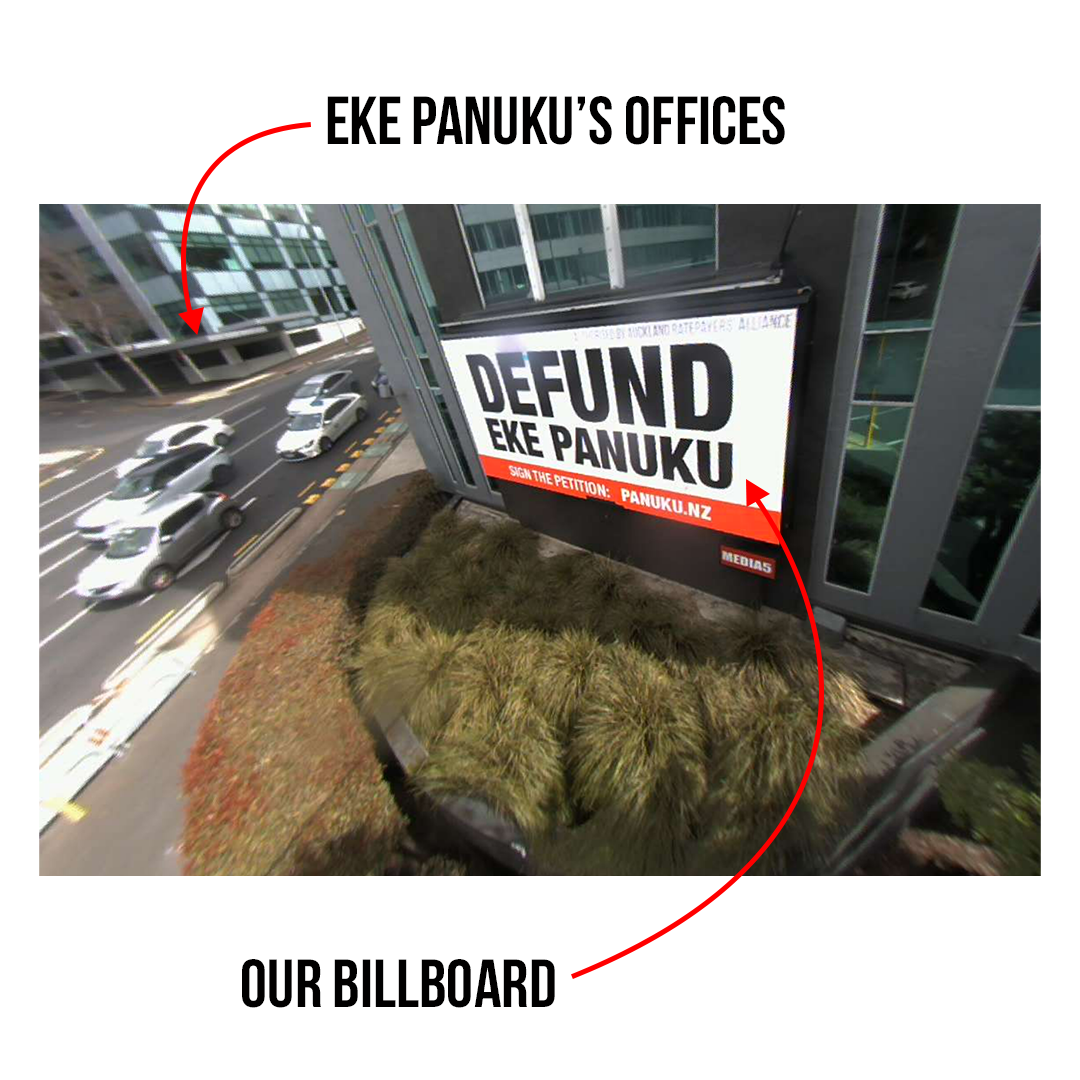 But we need to make sure the Governing Body takes urgent action to suspend ratepayer funding of Panuku. If you've not yet signed the petition, please take 30 seconds to do so here.

In the last financial year, Panuku spent $34 million ($62.37 per Auckland household) on staff salaries and office space. To cover these costs, Panuku "recharged" the Council $14.5 million in staff time and received an $18.3 million handout from ratepayers.

Panuku spinning faster than a roulette wheel at SkyCity!

We've got them on the defensive. The ratepayer-funded spin doctors at Panuku have responded to pressure from your humble Ratepayers' Alliance and released a summary of their most recent financials with a lot of PR gloss.

But it doesn't tell the story they think it does!

In fact, the information confirms that Panuku is a fiscal burden on ratepayers.

In the current financial year, Panuku says it will make $4.3 million less than it plans to spend on big staff salaries and consultant fees for 'urban regeneration'. And that is excluding the millions they charge the Council in staff time for other work. 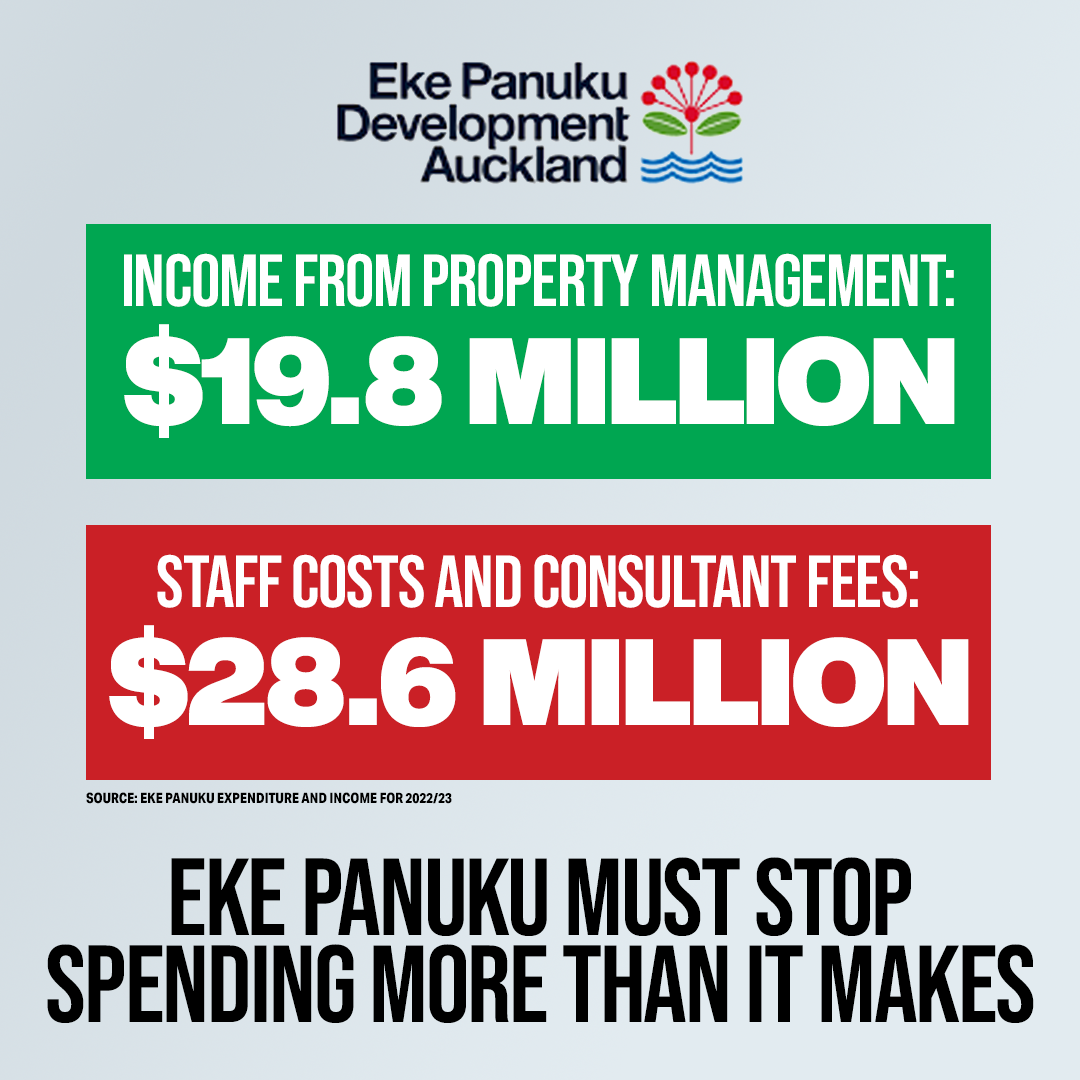 So, what does Panuku actually do?

Panuku's main role is to buy, manage and sell property on behalf of us ratepayers. Before the Super City the old councils used to employ their own teams of property managers without the need for standalone agencies.

But as soon as Panuku was established it went beyond just property management to dabble in what it calls "urban regeneration". In practice that means acting as a middle man for big multi-million dollar development contracts - at net cost to ratepayers. 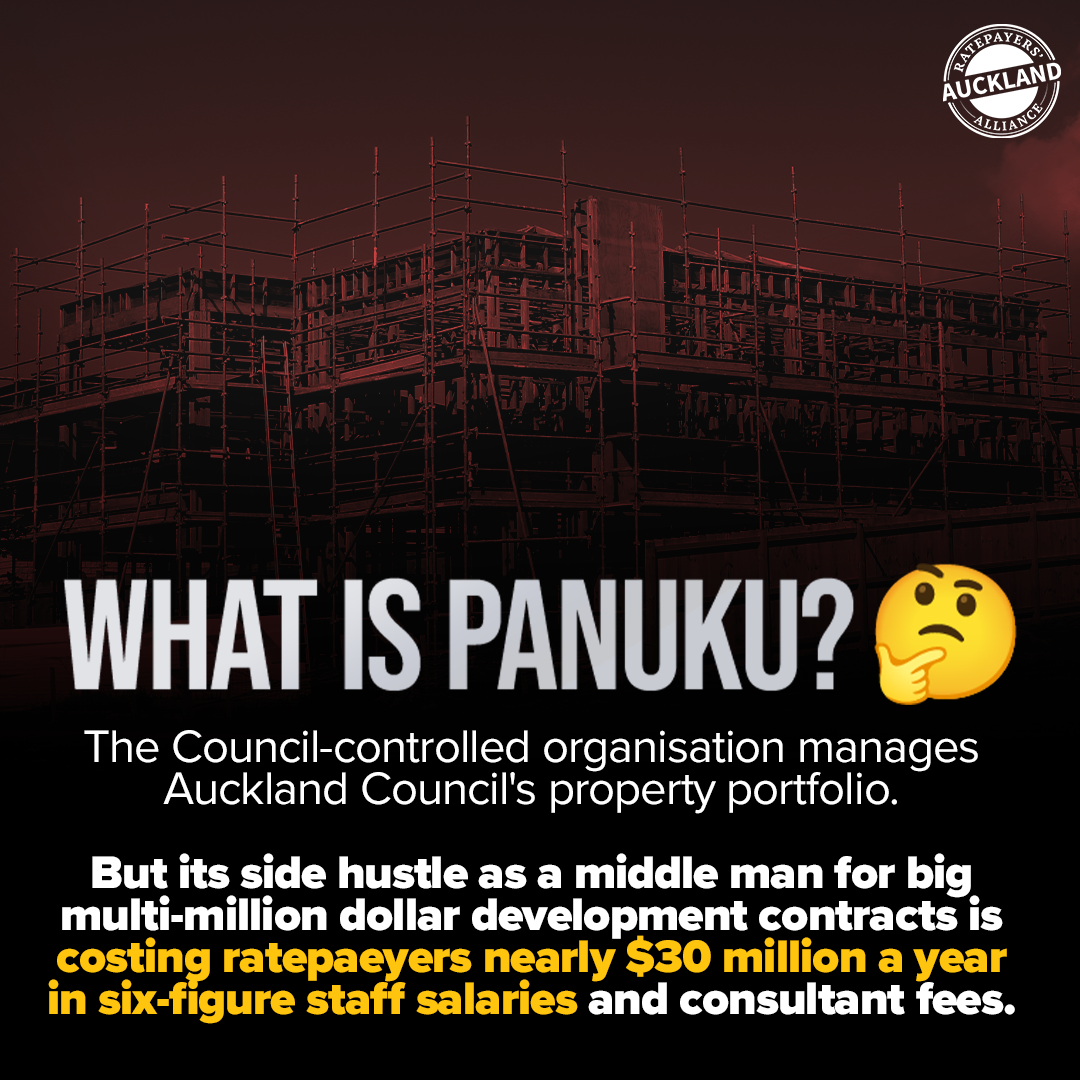 The reality is that despite employing urban planners and designers, Panuku doesn't develop any of these projects directly!

It's just not clear what (if any) value the highly paid staff at Panuku add. The real work of design, planning and construction is done by private contractors who Panuku hire on behalf of the Council. Not to mention the more than 200 town planners based in the Council's Albert Street headquarters...

And some of those big contracts Panuku has awarded are under scrutiny for alleged conflicts of interest.

There are simply too many corporate executives, managers, and consultants clipping the ticket.

Let's keep up the fight

With your support, the Ratepayers' Alliance is going to ramp up the pressure. Not just on Panuku itself but the 20 councillors who are ultimately responsible for funding this outfit.

In December, we expect to have the Mayor’s budget proposal, and a round of public consultation will follow. We’re gearing up for a big fight. Defunding Panuku must be on the agenda.

In his inaugural speech at Town Hall last Friday, Wayne Brown finally went on record to say that he is committed to keeping rates below inflation. This was a policy your humble Ratepayers’ Alliance campaigned hard for during the election.

At the time, Brown refused to sign the Ratepayer Protection Pledge. But we’re pleased that he adopted the policy on his first official day as Mayor.

The question now is whether the 20 councillors are going to honour the Mayor’s mandate? Thanks to our campaign, there is now a fiscal conservative-majority on the Governing Body.

Our job is to make sure these people keep their word. But we can't do it without you. Click here to make a confidential and secure donation.

Thank you for your support!