Is the Council really ‘cutting back’ or is the Mayor telling porkies?

This week the Council will make its final decisions on its emergency budget, but the Councillors claims that it is ‘cutting back’ don’t hold mustard. Last week, our Economist, Karan Menon, fact checked the Mayor and his Finance Deputy, Desley Simon in the Herald.  Here’s what he found:

The Mayor and Councillors are telling porkies…

Any analysis of Auckland Council's "Emergency Budget" shows the mayor and councillors' claims they are implementing austerity measures are simply not true.

But despite the Mayor and Cr Simpson’s promises to cut spending, total expenditure is budgeted to increase by another five per cent in their so called ‘emergency budget’.

In relation to pay, the Mayor stated "If we put a voluntary pay freeze for the coming year – that is to be negotiated – that's about $8-9 million, the voluntary cuts around $3-4 million".

Despite this saving and a "freeze" on recruitments, the “emergency budget” still proposes to increase the overall payroll budget.

Increasing expenditure from last year's level is not austerity. It is increasing the burden of the council on ratepayers at the very time households can least afford it.

As you can see, there is a gaping chasm between what the council is saying and what is actually proposed. In reality, there is no decrease in expenditure but instead an overall increase. The impacts of the proposed pay cuts are marginal, at best. As explained in Karan’s piece, projects the Council says are to "grow the economy" are generating a net cost, with the returns fading.

Now is the time to contact your local Councillors

If they choose to, councillors can freeze payroll and scrap Phil Goff’s rates increase. We’re asking you to take a minute to tell them to do just that.

Will you take a minute to email or call your local councillor and tell them you see through the Mayor and Councillor Simpson’s spin? They need the support of the other councillors to pass this budget.  The other councillors can force the necessary changes so rates can still be frozen – or not hiked during the current economic crisis.

Email the councillors or give your local one a call – after all they are supposed to represent you!

Forward this email, and add your own comments. The more voices the better.  The contact information is copied below. 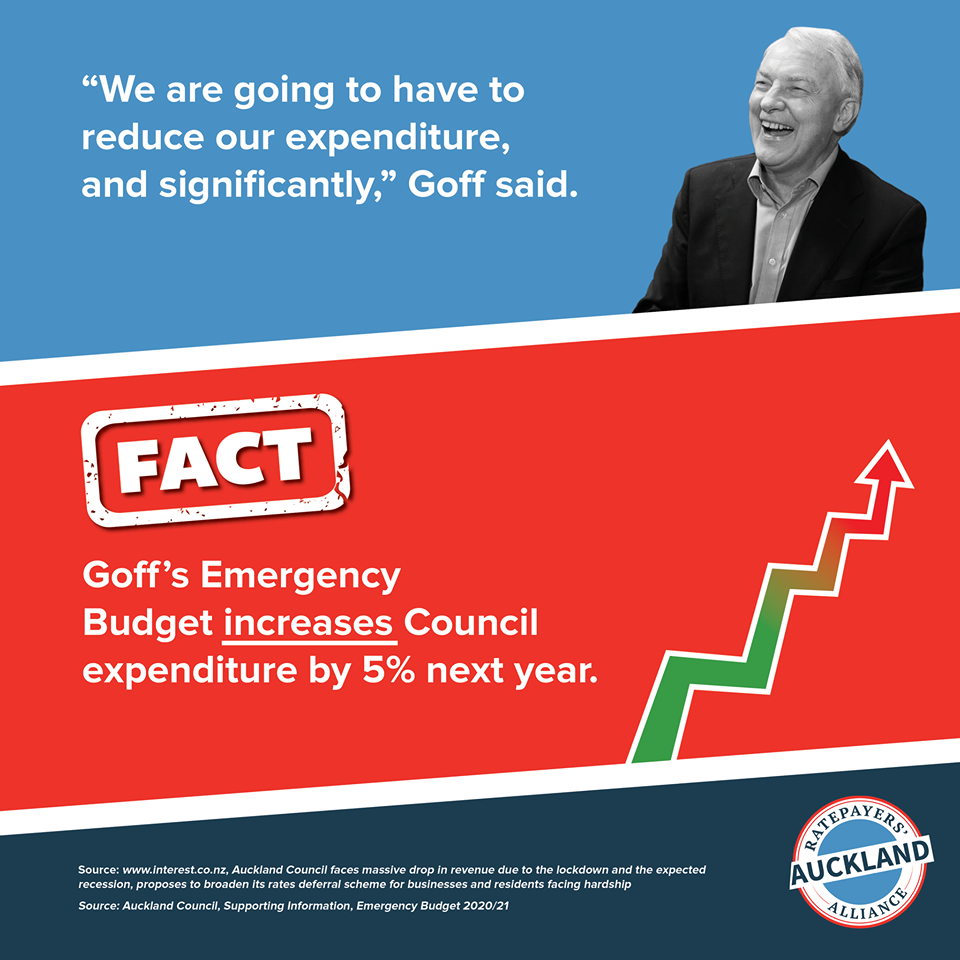