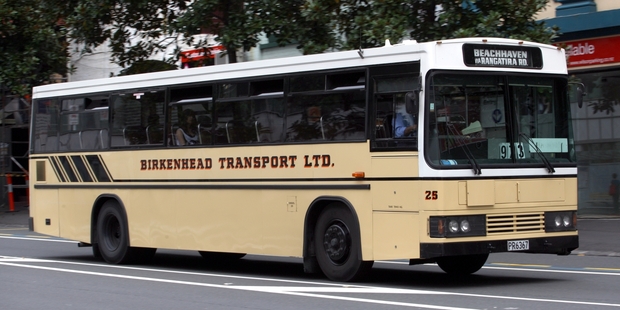 No wonder Auckland is feeling blue. Auckland Transport is spending up to $9 million on repainting all public buses a uniform blue colour and wiping out vibrant, easily identifiable local bus colours at a cost of around $9 million.

Auckland Transport’s demand that all buses meet its colour cost is set to cost ratepayers and travellers a lot more than loose change. According to an industry source, by the time a bus is prepared for painting the total cost is between $5,000 and $7,500 for a paint job which complies to AT’s new requirements. Add in the cost of having the bus off the road, and the total for the whole fleet comes to upwards of seven to nine million dollars.

And we understand the costs are going up even further. The Council is now considering forcing bus companies to retrofit buses with AT embroidered fabrics on the seats.

Wasting $9 million of ratepayers’ money to require private bus companies to paint out their local liveries shows how muddled AT’s priorities are. No wonder local communities are up in arms.

The New Zealand Herald picked up our comments:

Auckland Ratepayers' Alliance spokeswoman Jo Holmes said the move was "insane" and a "waste of money".

"There are a lot more transport issues we could be spending that money on instead of painting buses."

Ritchies bus company owner Andrew Ritchie wasn't sure how many buses in his fleet needed the transformation because he was currently tendering new contracts with Auckland Transport. However, each upgrade cost $9000.

"It's going to cost millions all up."

Mr Ritchie said the bill would be passed on to ratepayers because the expenses are written into the contracts with Auckland Transport.

"Someone's got to pay - we're charging someone and that will come back to the ratepayers."

One of our members has also brought to our attention this video by Cr George Wood which provides further information about these expensive changes.