Poll: Only 3% of Aucklanders want more spending on cycleways!

Only 3% of Aucklanders support higher spending on cycleways, according to a new poll.

The scientific poll of 1,000 New Zealanders was conducted by Curia Market Research and asked, On the whole, do you think your local council is spending too much on cycleways, or too little? Or does the current level of spending seem about right? 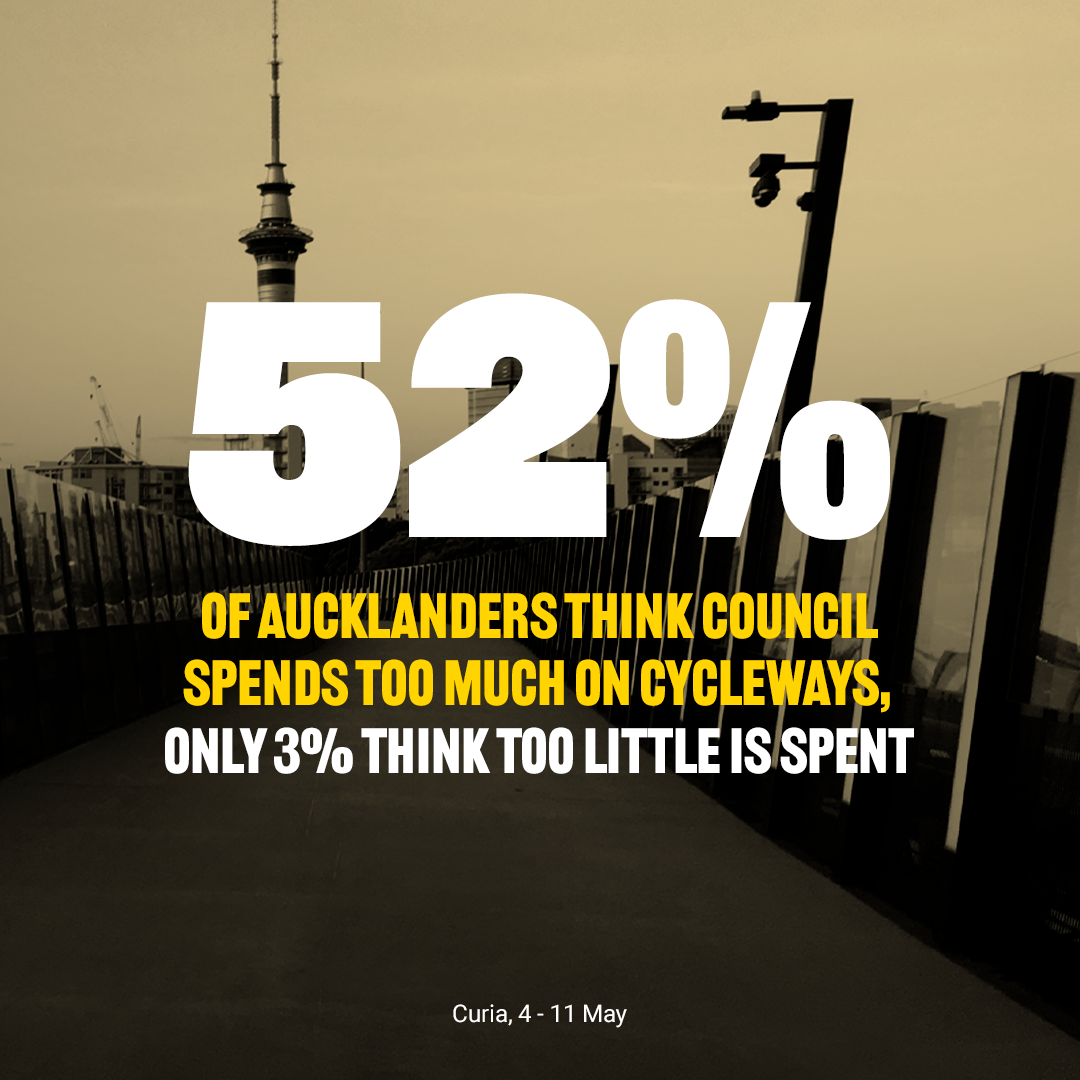 However, a regional breakdown found that a majority (52%) of Aucklanders think Auckland Council is spending too much on cycleways and 28% think current spending is about right. Only 3% think too little is being spent. The results pour scorn on claims by the cycling lobby and Auckland Transport that there is wide public support for the Council to spend billions more on cycleways over the next decade.

It is important to note that the Auckland results are based on a smaller sample size of 273 responses with a higher margin of error. But even so, the poll confirms what many of us have long believed. Auckland Council has been captured by a special interest group who represent less than 10% of Aucklanders. The overwhelming majority (80%) believe that either too much has been spent or enough has been spent.