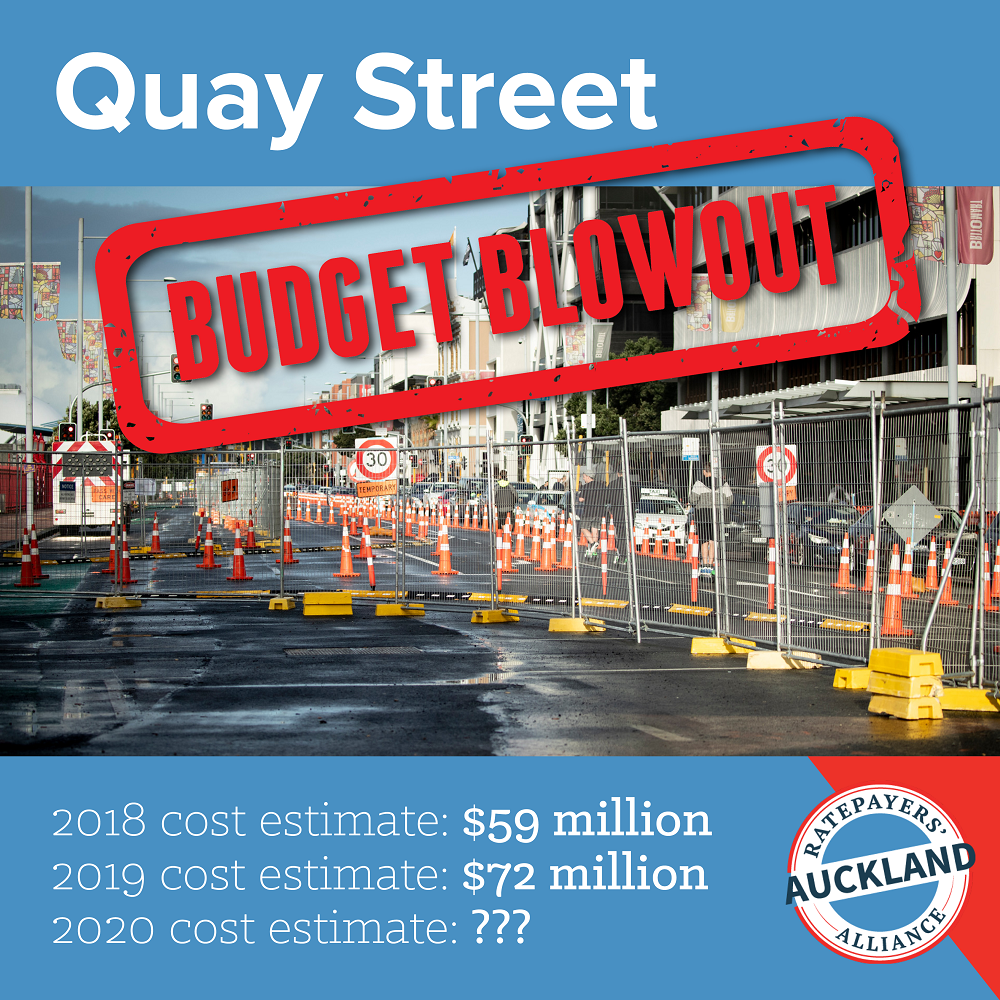 The cost of the Quay Street beautification project has blown out by $13 million, reveals the Auckland Ratepayers’ Alliance. This revelation has been highlighted in The Herald.

A year ago, the Quay Street Enhancement’s reported cost was $59 million, but information newly obtained under the Official Information Act confirms the budget now totals $72 million.

The narrowing of Quay Street has caused traffic chaos, and now we see the whole project developing into a headache for ratepayers. Construction is set to continue for another year, so we will continuing to monitor the project for further blowouts.

There's also this embarassing detail: the Council loves spending our money on cycleways so much that it's built the same one twice over.

The $72 million figure excludes the cost of the previous Quay St cycleway. That cycleway, opened to fanfare in 2016 at a cost of $2.85 million, is now being ripped up and replaced as part of the current enhancement.

Here is the 2016 cycleway closed for demolition: 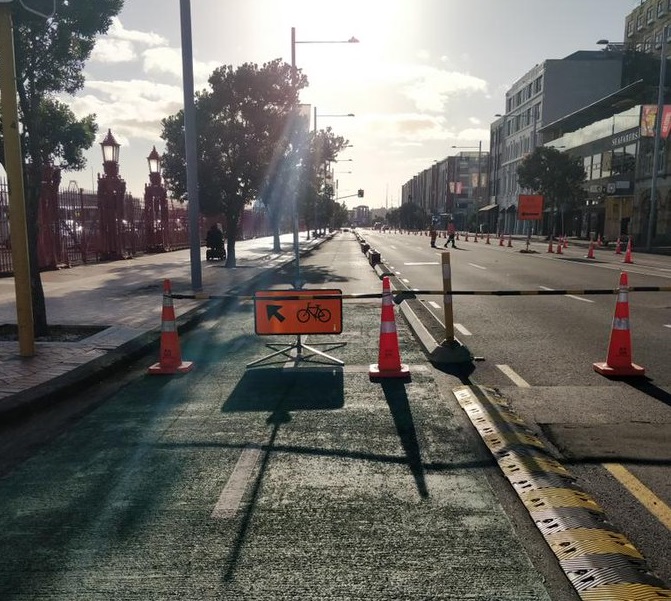 The Council’s outgoing “Design Champion” Ludo Campbell-Reid has since claimed the 2016 cycleway was a “temporary low spec project” and that the new one is “the full Monty”.

Thanks Jess. Everything you say is on the button. The Quay St cycleway was temporary low spec project. Now we are doing the full Monty. We [email protected] what Aucklanders have asked us to do. Exciting times but there will be disruption for a time.

Campbell-Reid's attempt to dismiss the previous cycleway is ridiculous. The Prime Minister, Len Brown, and the Minister of Transport all attended its opening. It was major commitment of ratepayer funds and its demolition is an embarrassment for Auckland Council's planning department.