The advice claimed that savings would need to come at the expense of services and community facilities. While potential further savings of up to $110 million were also identified by staff, the Governing Body has been advised to defer these until at least 2024.

The Ratepayers’ Alliance is urging elected members to reject the staff advice and demand bigger savings from Council Controlled Organisations. Auckland Transport, Eke Panuku, and Tātaki Auckland Unlimited between them received around $560 million from ratepayers to cover their operational expenses.

Ratepayers’ Alliance spokesman Josh Van Veen says, “Staff have told elected members that keeping rates below household inflation is unsustainable and savings can’t be made without reducing services and access to community facilities. But this advice doesn’t stand up to independent scrutiny.”

Of particular concern to the Ratepayers’ Alliance is the $1.2 billion of expenditure by CCOs and the Ports of Auckland that is reported as miscellaneous ‘Other operating expenses’ with no itemised breakdown. However, much of this appears to be spent on consultants. 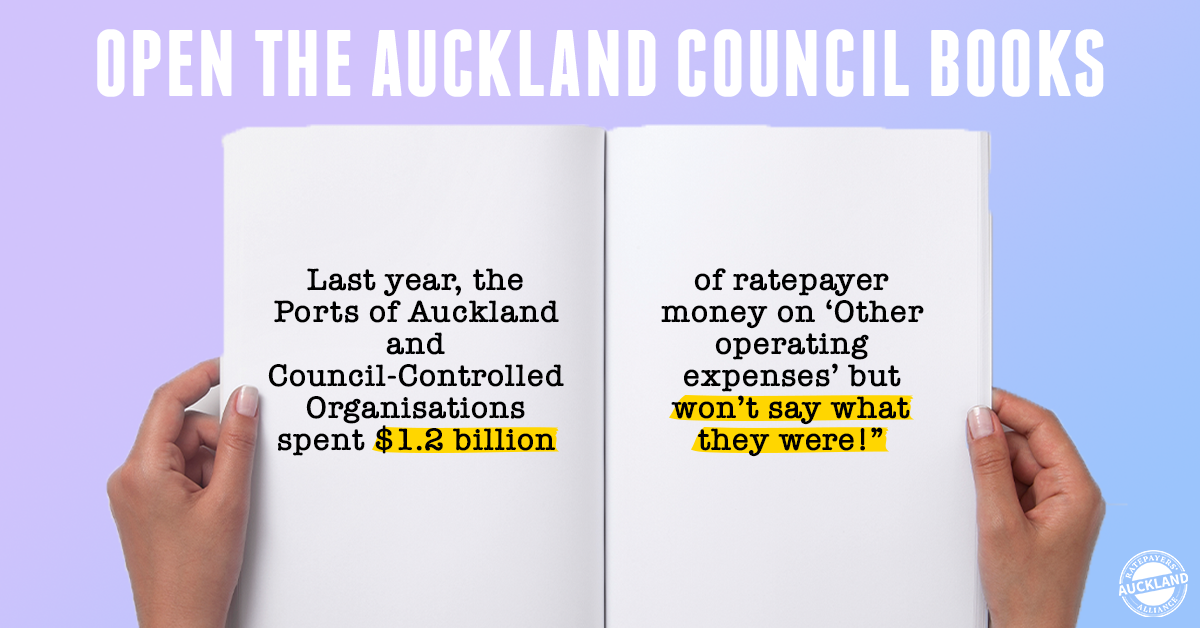 “Unlike central government, Auckland Council does not report detailed information about expenditure on contractors and consultants. Nor did Council officers provide any advice to elected members on this expenditure as part of the annual budget process. We had to request the information under the Local Government Official Information and Meetings Act,” Mr. Van Veen said.

“Disappointingly, Auckland Council has delayed the release of information relating to expenditure on contractors and consultants until after the Governing Body votes on the Mayoral Proposal,” Mr. Van Veen said.

The Ratepayers’ Alliance is urging elected members to push back against Council officers and tell them to come up with an alternative savings package. The paper released today makes the following recommendations to the Governing Body:

While the Ratepayers’ Alliance has no objection to the sale of Council shares in Auckland International Airport, asset sales must not be used to fund wasteful spending.

The briefing paper can be read here.