On 18 June, Ratepayers' Alliance supporters received a survey about their priorities and preferences for the coming mayoral election. The following summarises the 2,200 responses. 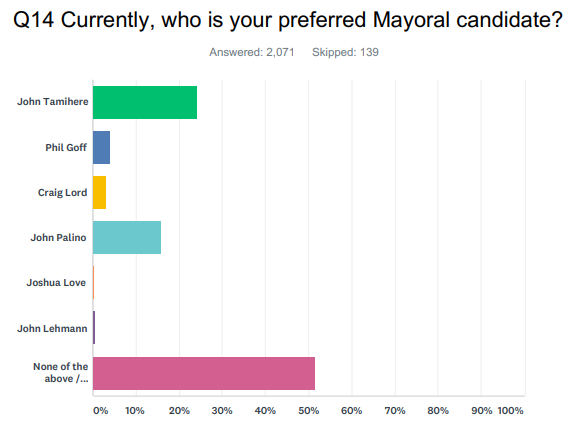 When forced to choose between Phil Goff and John Tamihere, 80.4% of respondents to that question prefer Mr Tamihere – however, many respondents skipped this question or indicated in a later comment that they were not pleased by the choice.

"Rates are too high for the services received"

"Auckland Council is responsive to my concerns"

"I support the Council's proposal to introduce weekly food scrap waste curbside collection, even if it does reduce general waste collection from weekly to fortnightly"

"I get good value for money for the rates I pay"

We also divided these results based on Ward and Local Board areas. The results were overall consistent across location, with a few variations.

We asked supporters about rate hikes - specifically, how such hikes should be capped. 83% of respondents supported either a total rates freeze, or a cap tied to the rate of inflation. 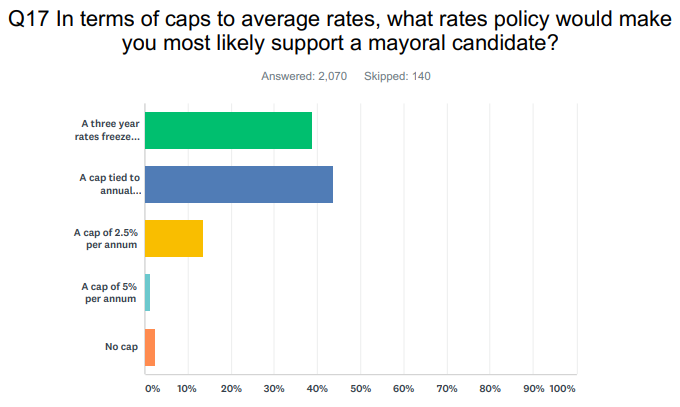 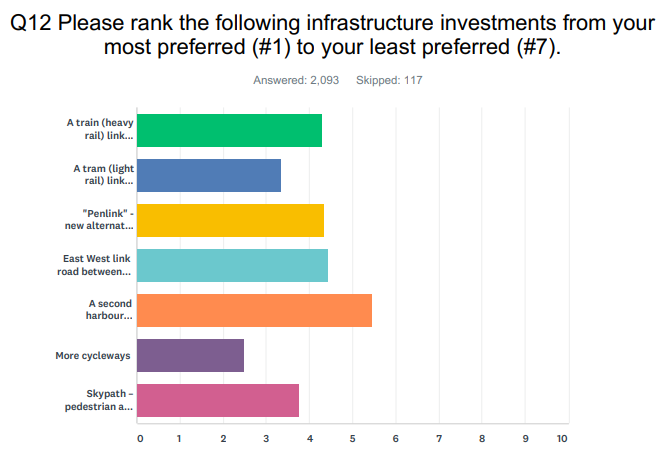 Respondents were also asked whether or not Ports of Auckland should be relocated: opinion was split 49-51.

Finally, we asked supporters (using a blank response field) about the qualities sought in a Mayoral candidate. The most common response was “honesty”, or a variation thereof.