Rodney ratepayers in for a shock

Ratepayers' Alliance members in Rodney have been in contact with us about the enormous effort Auckland Council is putting in to promote its new household waste services throughout Rodney and Whangaparaoa. Recent advisements running in the Rodney Times, and in a four page “Mahurangi Matters” pullout, the Council is spending our money telling us how great its new bins and services are.

What the Council isn’t telling you

We’ve been having a look at the Council’s waste services. Next month we'll publish a report exposing how the Council plan will dramatically increase the cost to ratepayers.

In the meantime we thought we'd take a look at the area covered by the old Rodney District Council specifically.

Local Councillor, Penny Webster, was quoted in the Council’s advertising: 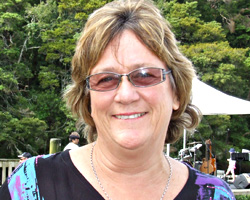 Several people have contacted me regarding the introduction of the large wheelie bins that will eventually replace the orange bags and smaller bins for rubbish collection.

This will not be introduced in Rodney yet, but is coming. Having standard systems for rubbish and recycling collections will be more efficient and cost effective.

Concerns have been expressed about long driveways especially in the country areas.

Having talked it over with my colleague Bill Cashmore from Franklin where they introduced parts of this in the former Manukau City Council days, the suggestion is that the large wheelie bin stays just inside the gate while the small blue bin can still carry the rubbish/recycling to it in the boot of the car. I have been assured it works.

Our research has found that the roll out of Council’s new waste plan will actually see Rodney ratepayers paying 50% more for refuse and recycling services.

Based on dozens of official information requests from the Council, and figures from Council's Long Term Plan and Annual Reports, we’ve collated the table below which shows the forecast movement of waste charges.

Costs of Council intervention in the competitive waste industry will see total rates increase by over $100 per year to well over $200 per year as the plan is rolled out. On top of this ratepayers will still need to pay Council or private operators around $104 per year (52 bags at $2 each). Also, it appears that Council may be using some of the targeted rates (intended for recycling) to subsidise the Council's refuse collection (which is supposed to compete against existing private providers).

According to Auckland Council's responses to our information requests, the average household in Rodney will be paying 46% more by 2018 under the new waste regime than they paid in 2015, or 32% more than what it costs right now.

Is this what Penny Webster meant by "efficient"?

The ultimate test for whether the Council's system is efficient is very simple - allow residents to opt out of their rates for the same service if they contract with the private sector. If the Council's services are the most competitive then no ratepayer will opt out. But Council won't let you opt out even if these services are being offered privately. This doesn't support their efficiency claim. The Council falsely says that its bags are cheaper than private alternatives but forget to tell ratepayers how much their rates will increase to pay for increased waste costs.

The current private refuse collection services allow residents to choose between various size bins or refuse bags. Private companies also provide residents with choice on collection frequencies from once a month or weekly. It is not clear whether Council will even go this far with their more expensive system.

Another example of why we need better local representation

Of course, Councillors Penny Webster and Wayne Walker were among the “Terrible Ten” who voted for Len Brown’s 9.9% rates hike. Click here to join our volunteer army which will be delivering leaflets in the coming months reminding voters of their voting record.

1. Targeted rate figures for all legacy areas are from: