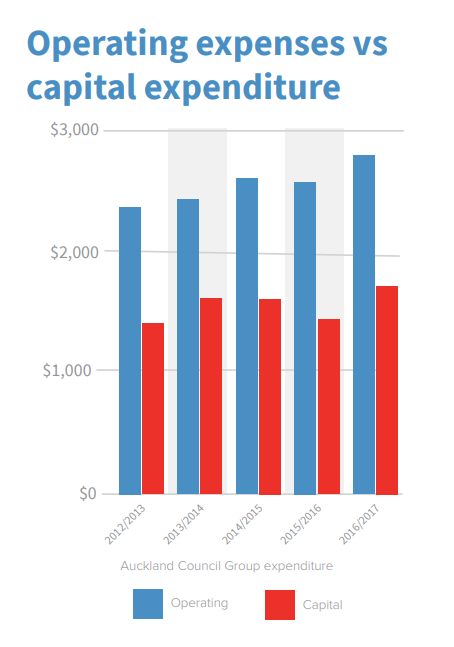 What is the purpose of Ratepayers’ Report?

Ratepayers' Report provides accountability and transparency to New Zealand ratepayers by allowing them to compare their local territorial authority with others around the country.

Where was the data sourced?

The Taxpayers' Union compiled the data in Ratepayers' Report after reviewing each council's annual report for the year ending June 30, 2017.

Other figures represent the most up to date figures available and were mostly obtained under the Local Government Official Information and Meetings Act.

The data has been sent to each individual authority for their review and error checking prior to public launch.

Where did the group finance figures come from?

They are taken from each Council's annual report. It is council figures, plus all those of subsidiary council-controlled organisations.

Which councils are assessed in Ratepayers' Report?

Of New Zealand's 67 territorial authorities, 66 are examined in Ratepayers' Report. That includes all city, district, and unitary councils, with the exclusion of Chatham Islands Territory Council (due to concerns surrounding that Council's workload pressure and unique position). We are currently working to incorporate regional councils into the analysis.

Is this the first Ratepayers' Report?

No. Ratepayers' Report was first published in 2014 jointly by the Taxpayers' Union and Fairfax Media. The Taxpayers’ Union published an updated version in 2017. This is the third edition.

How are the councils grouped?

Metropolitan – the 5 large councils with a population of over 120,000.

Provincial – the largest group, 27 non-metropolitan councils with population over 20,000.

How was the average residential rate calculated?

Calculating an 'apples with apples' figure for residential rates is difficult because councils use various mixes of rates, levies, and user charges. Our approach is based on work by Napier City Council to find an average residential rate. The methodology councils were asked to use to calculate the figures disclosed in Ratepayers' Report is available here.

While we think this approach is useful and fair, the average residential rates figure should be a guide only. It does not, for example, factor in councils' reliance on commercial rates. It also puts unitary authorities at a disadvantage. Unitary authorities (Auckland Council, Nelson City Council, Gisborne, Tasman, and Marlborough District Councils , and the Chatham Islands Council) perform the functions of a regional council and therefore can be expected to have higher rates than other territorial authorities.

Were councils consulted in the process?

Yes. Every council was sent a draft version of their respective page to review.

Note that unlike last year the 2018 Ratepayers’ Report figures are expressed per ratepayer, and not per residential ratepayer, due to concerns about potentially inconsistent approaches by councils.

Therefore, the figures are not directly comparable to last years figures (though comparable/over time figures can be provided to the media, on request).