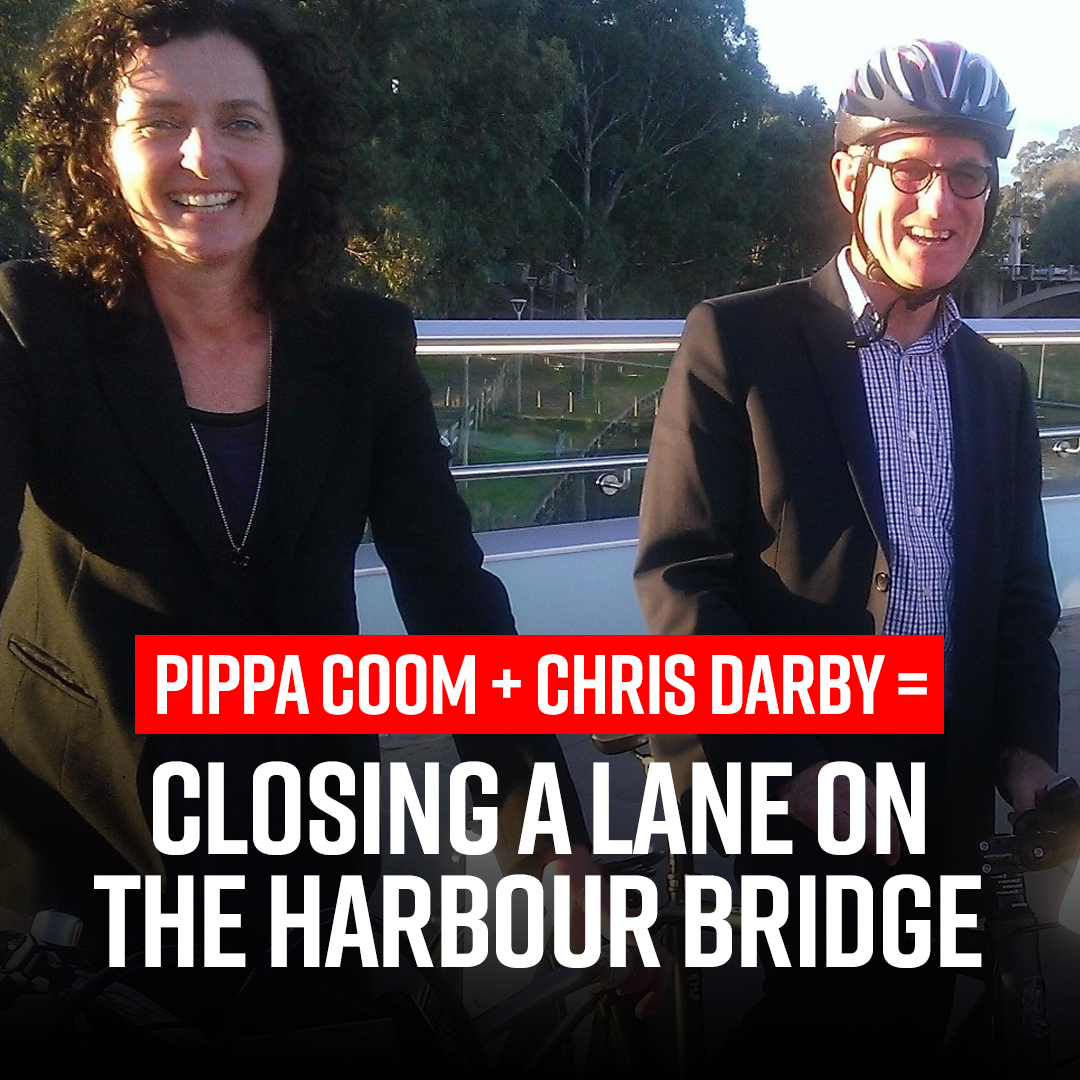 The proposal to reallocate space on the Harbour Bridge to cyclists and pedestrians was ruled out by Waka Kotahi last year due to safety concerns. It simply isn’t practical. Furthermore, modelling has confirmed what every motorist knows: closing a lane of the Harbour Bridge to vehicles is only going to make traffic congestion worse!

But the pro-cycling lobby group Movement has threatened legal action if Waka Kotahi does not reconsider its decision to rule out a cycleway over the Auckland Harbour Bridge. In response, the Waka Kotahi Board has advised that it will take another look at the proposal when it meets on 18 August.

Councillors Pippa Coom and Chris Darby are backing closing a lane! We need to send a message to Auckland Council and Waka Kotahi and defeat this vocal minority.

With your support, let's keep the Bridge for motorists.

"I call on Waka Kotahi to rule out closing a lane on the Harbour Bridge for a cycleway."