What we told Councillors today

I'm just off the phone having been talking to the Auckland Mayor and Councillors at today's emergency Council meeting/conference call. You can read precisely what I told them at the bottom of this email.

After listening with horror to last week's Council meeting where all of the public participants (including a ratepayer-funded business group!) argued that the Council should spend more of our money, we weren't going to let the same thing happen again. Last week rates weren't even mentioned! Most of the discussion was on how to spend on things such as electric buses, cycleways and 'digital projects' to ‘transform’ the economy of Auckland during COVID-19.

We were given five minutes this morning to make the case for ratepayers.

I have copied below my speech notes and have linked to the presentation we sent to the Councillors.

As more and more councils across the country step up and commit to zero-percent rate increases for 2020, we can’t let Auckland Council and Phil Goff continue ‘business as usual’.

Please take a moment to sign the petition calling for a nationwide rates freeze here.

Click image for PDF of slides. Note figures are $ million. 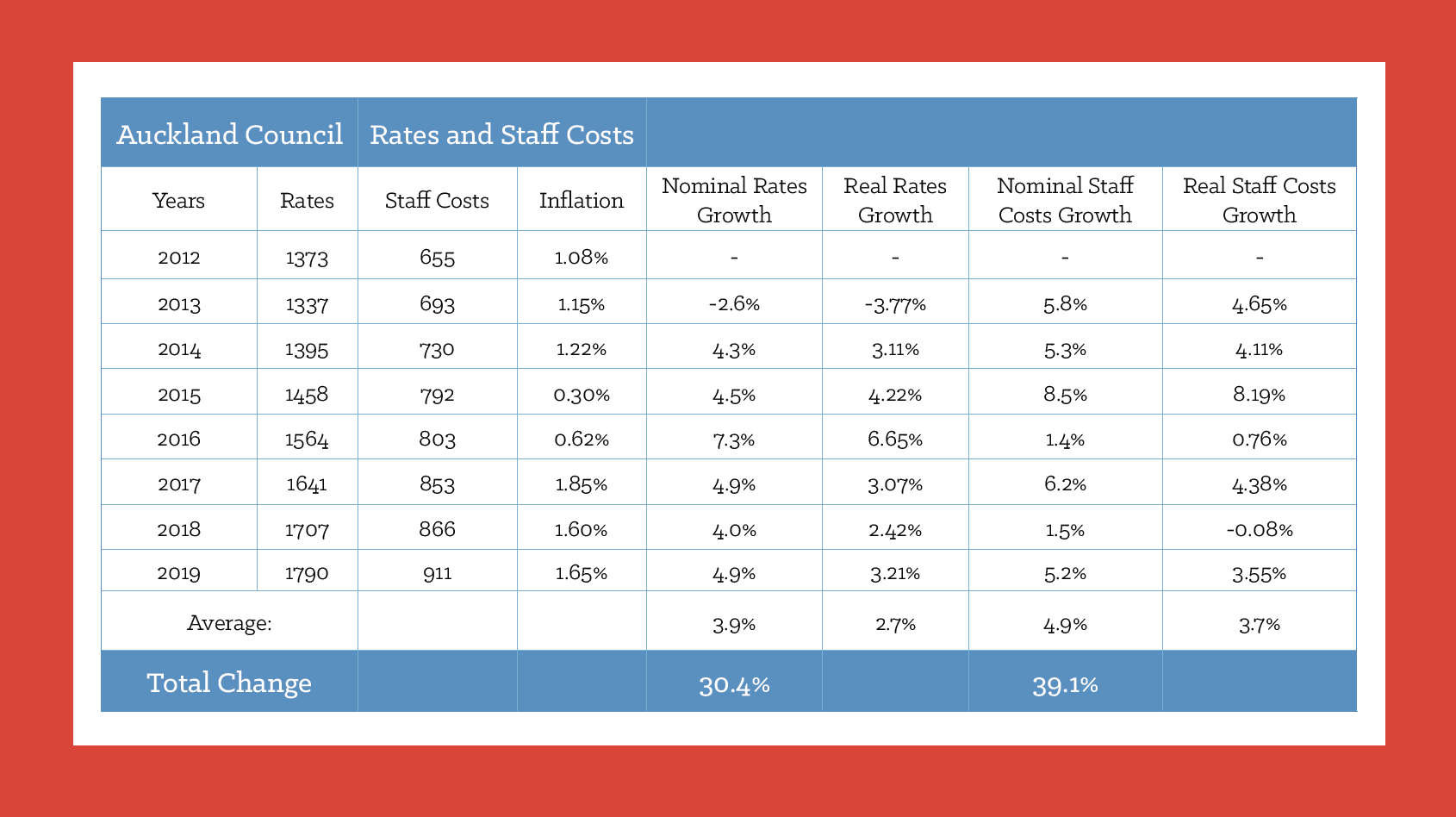 Good morning Your Worship, and Councillors, thank you for hearing from us this morning.  My name is Jo Holmes, I am the Spokesperson for Auckland Ratepayers’ Alliance; with me is Jordan Williams, the Executive Director of our sister group, the New Zealand Taxpayers’ Union.

Unlike nearly every group you hear from at these meetings, we will be the one that is not asking you to spend more money, in fact to the contrary – with so many households having to cut their cloth to the new economic reality, so must the Council.

We wish to speak to two points – the first concerning equitable pay cuts in the council to recognise the seriousness of the current financial situation; and the second about a rates freeze to avoid putting an even higher burden onto ratepayers, many of which are losing their jobs.

We congratulate and commend the Mayor’s leadership in taking a six month 20% pay cut, and those councillors who have agreed to do the same.  This is something our groups have been calling for, albeit for a 12 month period.

But the same has to apply to the leaders within the council bureaucracy. Auckland Council pays 2,831 staff more than $100,000. Two hundred and eighteen are paid more than $200,000, and 60 are paid more than $300,000. These staff don't just have massive pay packets – they also have the luxury of job security.

I looked this morning at comparable figures in the UK. There the local authority with the greatest number of employees whose remuneration was in excess of £100,000  – or about $200,000 NZ Dollar was Essex council with 35 employees. Essex Council serves 1.4million – about the same as Auckland.  Compare Essex’s 35 to Auckland’s 218.

We are soon to publish the Auckland Council Town Hall Rich List – listing these officials.  It would be great to see many of them volunteer to take the lead of the Mayor and share some of the economic burden that is falling on ratepayers right now.

Since the outbreak of the pandemic our Alliance and the Union have run a joint campaign calling on Councils around the country to place a freeze on rates.

We are extremely concerned that Auckland Council is still in a ‘business as usual’ mindset.

Unlike takes paid to central government, mostly on income, spending and profits, rates do not reflect a household's cashflow or ability to pay. That means councils are not well placed to 'stimulate’ the economy. To take more money out of Aucklanders' pockets in rates to ‘stimulate’ the Auckland economy would be a false economy.

It would be far better to get off the backs of ratepayers.

And that applies to targeted rates too. The accommodation provider targeted rate needs to go if we are to see much of that sector survive this year.

But more broadly we are here to today to call on you to freeze rates in order to ensure ratepayers – many of whom are now unemployed or facing cuts in hours – are not burdened with additional costs in the coming year.

We understand this will require Council to make cuts in spending in some areas – particularly since other sources of income will be under threat. Unfortunately, any other pathway will simply saddle ratepayers with higher costs when they can least afford it.

We have a number of suggestions of what is no longer needed, but the most obvious way to cut costs is payroll.

Without naming names, the claims made year after year that we need even higher rates to cover infrastructure investment have been dishonest when you consider that while rates income has increased 30.4% between 2012 and 2019, staff costs have increased 39.1% over the same period.

With the Government willing to fund shovel ready capital projects, the capital expenditure is a bit of a red herring in terms of rates. The real question is when are you going to cut wasteful or low priority spending so that ratepayers know that you stand with them, not against them?

Christchurch City Council is the only council in New Zealand that has higher liabilities per ratepayer than Auckland Council.  Mayor Lianne Dalziel has found the room to commit to a rates freeze.  If she can do it, so can you.

We are happy to take questions.