The Auckland Ratepayers’ Alliance has launched a major campaign to give a voice to the hundreds of thousands of Aucklanders who oppose Auckland Council’s proposed rate hike options.

In Auckland Council’s official consultation form for the Emergency Budget, ratepayers are told to choose between a rate hike of 3.5%, 2.5%, or an ‘I don’t know’ option. The message seems to be that if you oppose a rate hike you must be uninformed.

The Council’s plan is clearly to manipulate ratepayers into endorsing the lower 2.5% option so Phil Goff can claim public supports for his rate hike. That is an insulting attempt to fudge the consultation process and screw the scrum. 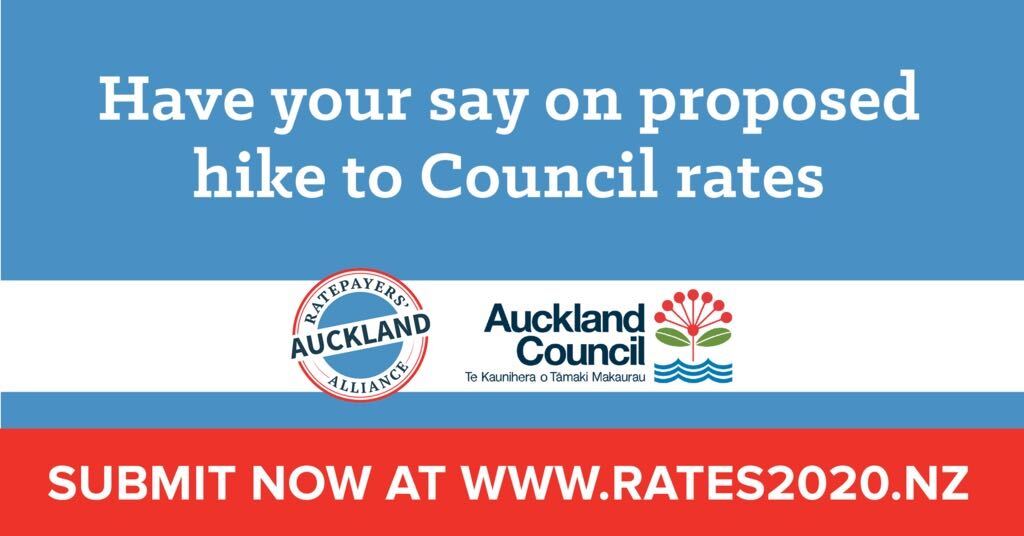 An economic crisis is the worst time to increase taxes – especially council rates, which unlike income taxes show no mercy towards households that have lost their livelihoods.

The Council cries poverty while it pays more than 2800 staff salaries higher than $100,000, and forges ahead with gold-plated projects like the City Rail Link. A zero rates increase is absolutely achievable, but Councillors must wrestle control of the Emergency Budget from self-interested officials, and sacrifice the nice-to-haves just like private businesses and households across the Super City have done already.

The campaign will be boosted with billboards, yard signs, Facebook ads, and (at this stage) 80,000 pamphlets delivered to homes across Auckland.