Auckland Council needs to look at its own spending, before it demands more in taxes

So much for campaign promises of cutting Council waste 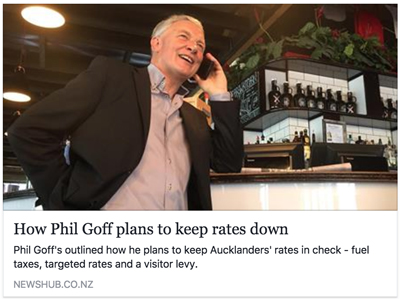 Over the last few days Mayor Phil Goff has been talking to media about introducing *new* targeted rates.  Apparently, that is the best idea he has to "keep rates down".

We say that Mr Goff should focus at getting the Council's wasteful spending under control and ensuring that money is be used for things that matter. Only then should new taxes on roads, fuel, and tourists be considered.

Auckland Council should control its spending, and that of ATEED, before it looks to introduce any new taxes and charges.