Warning: this post has adult themes, graphic language, and links to content readers may find disturbing.  If you are easily offended, stop reading.

The Auckland Ratepayers’ Alliance is asking questions about ATEED’s sponsorship of Pride Festival events like KIWIFIST 2018. 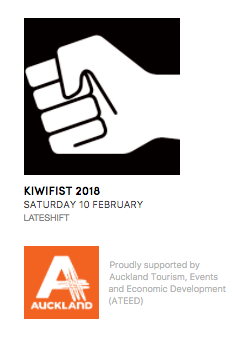 Not all ratepayers will be happy that their money is being used to promote KIWIFIST.

The Ratepayers’ Alliance does not believe ratepayers should be subsiding sex parties, regardless of the sexual orientation of those involved.

"I'm certainly not someone who would have concern with Pride, however I have concerns personally as a member of the gay community with the direction Pride is going with its events, and as a spokesperson for ratepayers, I can see no justification at all for ATEED to be sponsoring an event like KIWIFIST."

"Sex parties do not benefit the general ratepayer."

When we approached ATEED, they refused to say how much money Pride has received for the Festival and the promotion of its events. They instead insisted we go through the slow and bureaucratic LGOIMA process. We think this is an appalling disregard for transparency, clearly motivated by concern from ATEED’s PR team

How can ATEED defend this spending, when they claim poverty, and even introduced a hotel tax last year, apparently for the very event promotion budget this money was allocated from?

If you are outraged by Phil Goff’s use of your money on KIWIFIST – please chip in so we can hold the Council to account.

ATEED have now confirmed that at least $40,000 of ratepayer money was used to fund the Auckland Pride Festival, but are desperately trying to dance on the head of a pin by claiming that it was only meant to promote the Pride Parade.

This is wrong.  ATEED is the primary sponsor of the entire two-week Festival, which includes KIWIFIST.

An ATEED Spokesperson told media that your humble Ratepayers' Alliance is lying - that the first they ever heard linking ATEED to KIWIFIST was our media realise.

Here is a screenshot showing ATEED as the primary sponsor of the Pride Festival (and listing KIWIFIST).  Judge for yourself: 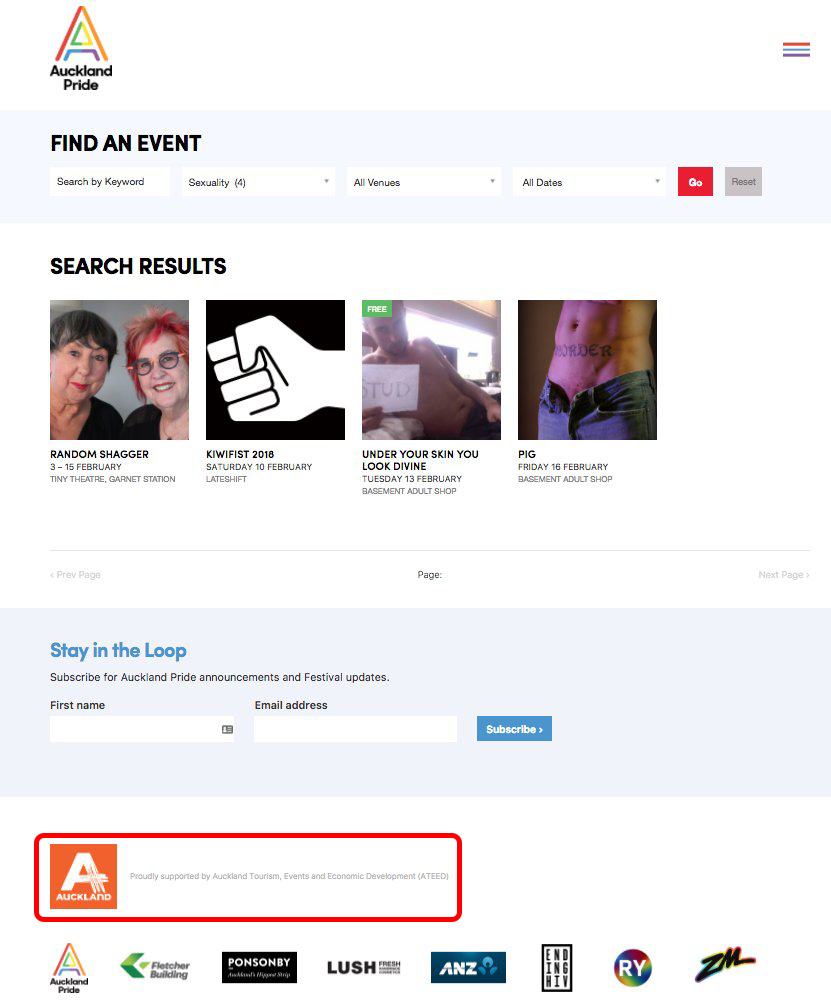