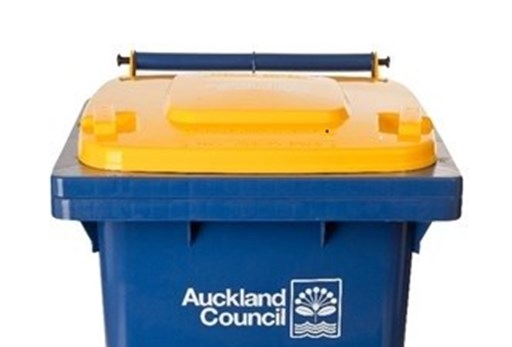 Auckland Council is leaving it to private waste collection companies in North Shore and Albany - the very outfits it's trying to force out of the market with proposed reforms - to collect the Council's old 140-litre blue wheelie bins.

In short, the Council dumped new recycling bins on homeowners, without collecting the old ones - telling residents they can do what they like with them, but making them wait months if they want the Council to pick them up.

This comes a month after we launched our briefing paper explaining how the Council is trying to extend its expensive and inefficient monopoly of waste collection into Albany and Rodney – the only areas left where householder enjoy competition.  According to Council documents, the changes are likely to see the cost of domestic rubbish collection double for tens of thousands of households North of the Harbour Bridge.”

In addition, our supporters petition calling on Councillors Wayne Walker and Penny Webster to provide an opt-out provision for householders who don’t use or want the Council’s new services has received more than 2,100 signatures.